Mystery on the train 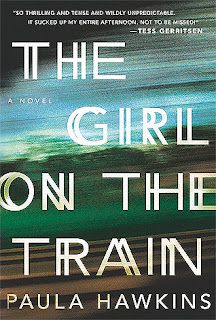 I have been curious about this book for a while. People seemed to really love it, and it has been made into a movie. So I figured I’d see how it was.

This book is classified as a mystery/thriller and follows the stories of three women. Every day, Rachel rides the train to and from the city and sees the same couple, day in, day out. She has developed a connection with them and has made up stories to explain their lives. One day, she sees something while on the train, which she believes could help solve the case revolving around the disappearance of the woman she watches from the train.

While this book was easy to read and flowed well, I didn’t really get into it. None of the characters were really enjoyable to read about, and the general suspense was lacking. It wasn’t a bad read, just not fun. It definitely didn’t live up to the hype. Meh. 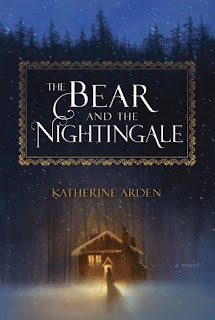 Title: The Bear and the Nightingale Author: Katherine Arden Publication Date: January 10, 2017 Pages: 322 Publisher: Del Rey Date Started: March 16, 2017 Date Finished: March 22, 2017 Format: Hardcover Beverage of choice: Mulled Apple Cider Of all the books set to be published this year, this is one of the ones I was most excited about. And after finishing it, that excitement remains. This book casts a spell and tells a story that is not unlike a fairy tale. The Bear and the Nightingale takes place in ancient Russia, where the old gods and spirits are being replaced by modern religion. It follows a young girl, Vasya, who is descended from women accused of being witches. As she grows, she must protect the village spirits from the fear instilled by the village priest, with the threat of an evil shadow ever looming on the horizon. But it’s so much more than that. There is no way a review of mine can capture the magic and feeling this book portray Title: 13 Reasons Why Author: Jay Asher Publication Year: 2007 Pages: 288 Publisher: Razorbill Date Started: March 24, 2017 Date Finished: March 25, 2017 Format: Kindle Beverage of choice: Chocolate Malted Milkshake The Netflix adaptation is available for binge watching as of today. Wondering what I will be doing this weekend? Wonder no further. 13 Reasons Why follows one evening in the life of high schooler Clay Jensen. His crush committed suicide a couple of weeks prior, yet he receives a package in the mail with cassette tapes she recorded before her death. Essentially, she recorded her reasons for committing suicide, and pinpoints the people who were responsible. Each person (13 in total) in turn will receive the tapes and pass it on to the next on the list. When it comes to television, I will spend countless hours watching teenage dramas because they take very little thought to watch and are often humorous in their execution, my ultim 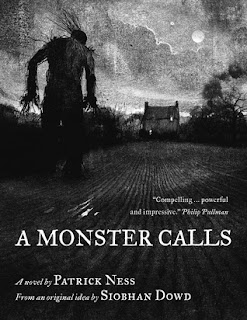 Title: A Monster Calls Author: Patrick Ness Publication Year: 2011 Pages: 216 Publisher: Walker Books Date Started: February 21, 2017 Date Finished: February 24, 2017 Format: Kindle Beverage of choice: Hot cocoa Normally, I cry at the end of books. I’m a sucker for sad endings. So when I didn’t cry at the end of the last couple of books I read, I started to get concerned that I was broken. So I picked up A Monster Calls . I had just seen the preview for the movie and noticed that Jim Kay illustrated it, which immediately piqued my interested. I am happy to report, I am not broken. Cue tears. This book was beautiful. It reminded me of a grown-up Where the Wild Things Are. The story follows a boy named Conor as he struggles with his mother’s illness and the way everyone treats him. At night, a Yew tree outside his house transforms into a monster, which has promised to tell Conor three stories in exchange for a true story from Conor himself.